A Cruise With Romance 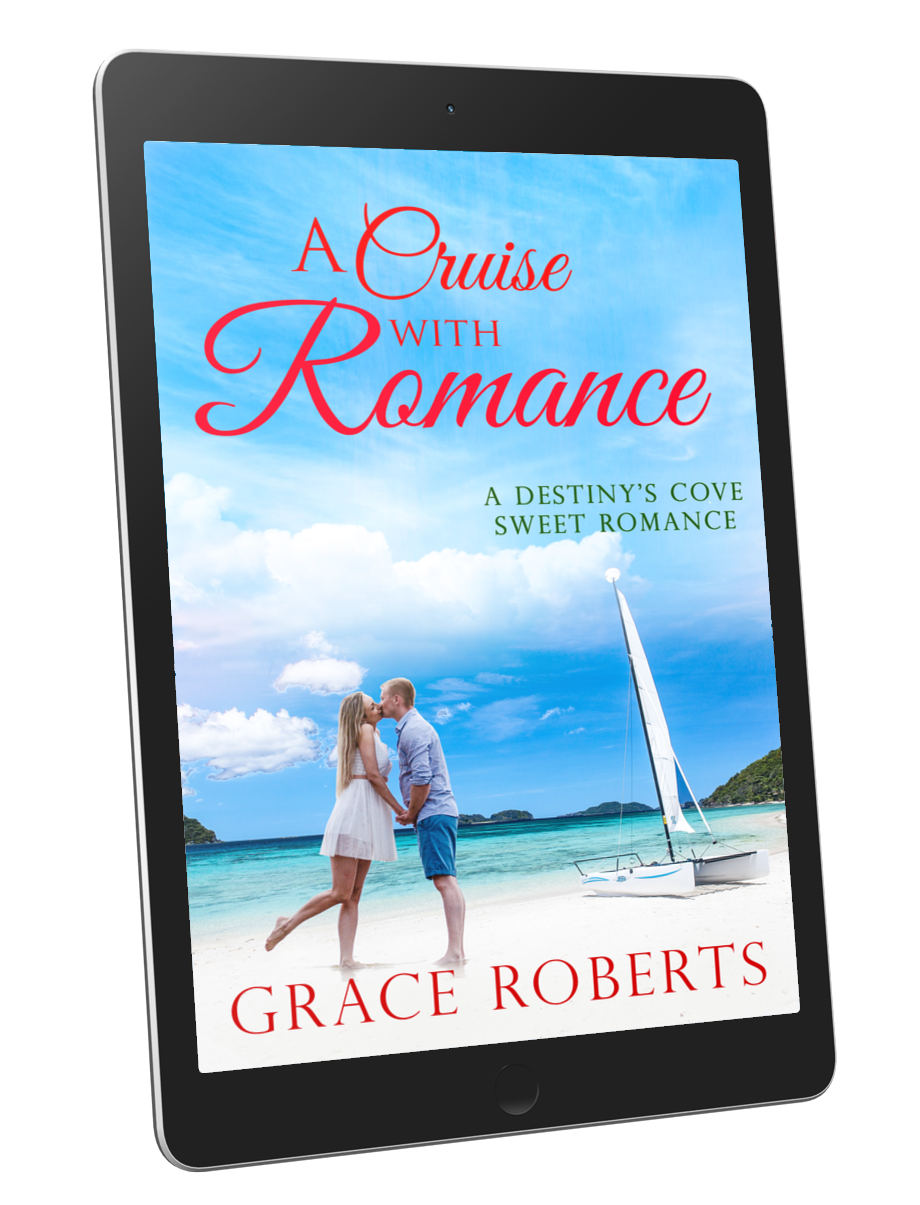 She’s a worn-out music star. He’s a jaded playboy. Little do they know Destiny is ready to rock the boat.

Cara McGill has been living her mother’s dream on her behalf for seven years. Now twenty-four, her growing fame as a musician has become a heavy burden, and she finds herself longing for an escape. Making a spur-of-the-moment decision, she runs to a small town in Florida where she hopes to reinvent her life.

The day Noah Danielson proposed to his girlfriend and she laughed in his face, he decided he was done with love. For a decade he has been happily single, enjoying flings with tourists, knowing they’ll never want commitment. Despite years of practice though, his pickup lines don’t seem to be working on the blonde spitfire who recently arrived in Destiny’s Cove.

Although Cara wants nothing to do with the town’s playboy, Noah won’t back down from the challenge. When Destiny sets her gaze on them, will they manage to weather the storm on their cruise with romance?

This is book three in the Destiny’s Cove sweet romance trilogy, but it can be read on its own.